Report 2017 of the Cameroon Youth Forum 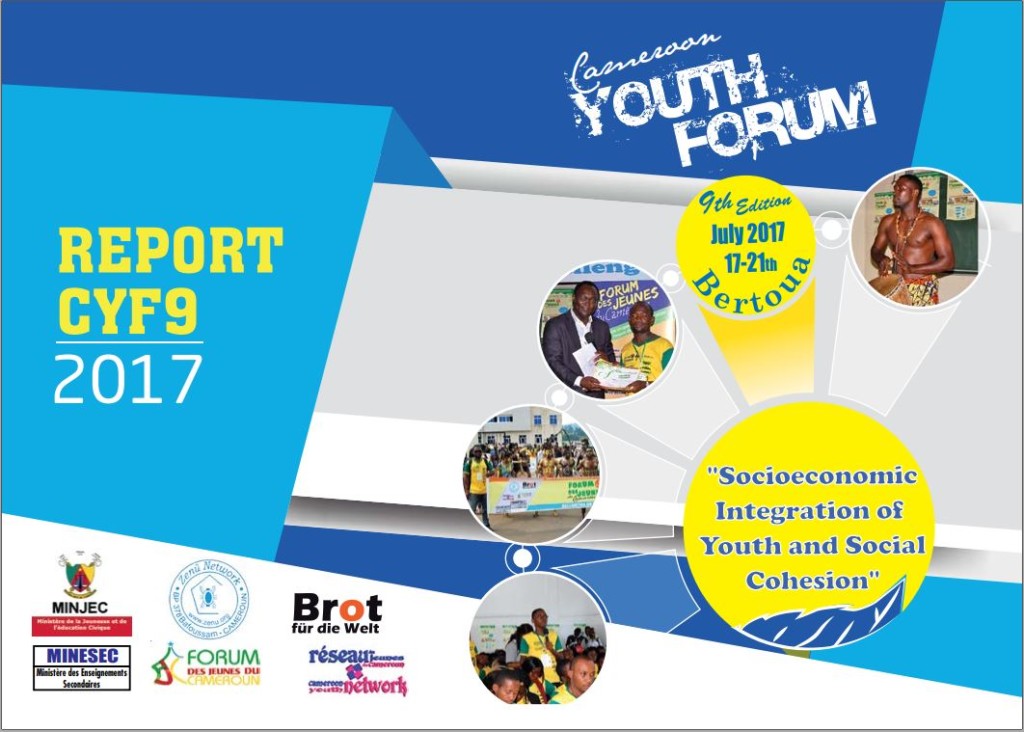 Cameroon Youth Forum was created in 2009 In a social context of revolt. The 2008 riots, so- called « hunger riots », offered to youths the opportunity to express their dismay in the eyes of the whole society. They took the streets of the cities of Cameroon to express their social malaise in a noisy and violent manner, and exposing the great social divide that makes youth fragile and vulnerable to poverty in our society.

At Zenü Network, we understood that the scenes of violence and destruction of properties by youth, whom people said were manipulated, was just an expression of frustration due to the lack of a dialogue platform between youth and decision-makers. In light of this, Zenü Network planned CYF as an interface between the youths and the various stakeholders, whether public or private. It stands as a privileged opportunity or a platform that youth should use to send messages to the authorities at different scales for mutually fruitful exchanges. In fact, Cameroon Youth Forum is an initiative that aims at enabling Cameroon youth, who constitutes the majority of the population, but weakened by a difficult and unfavourable context, to seize the opportunities offered to them for their development, share experiences in the various domains of existence, learn to know and tolerate each other for a greater national cohesion and integration.